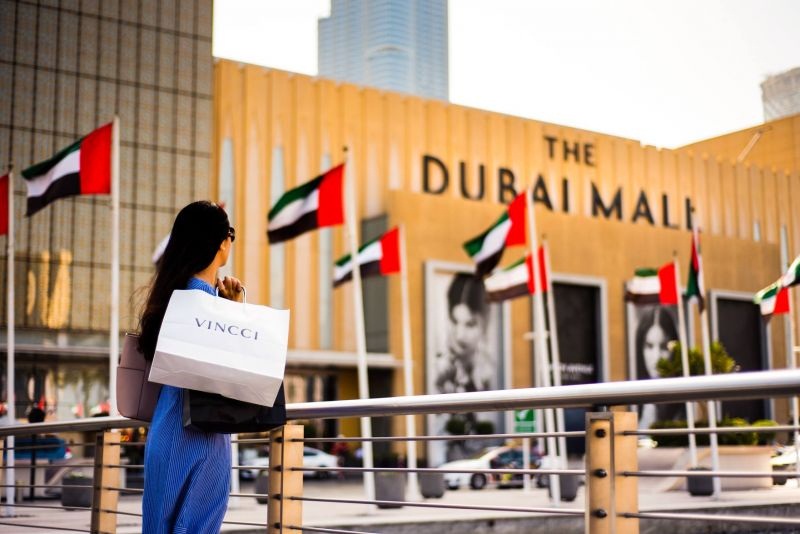 If there is one thing that stands out in the star city of the United Arab Emirates it is in its shops. Dubai’s shopping malls are the largest, most modern and most curious in the world. Forget the conventional concept of shopping, because everything fits here.

Other interesting things in the UAE can be a desert excursion, visiting the Abu Dhabi mosque or strolling through the Indian quarter of Dubai.

The best shopping malls in Dubai 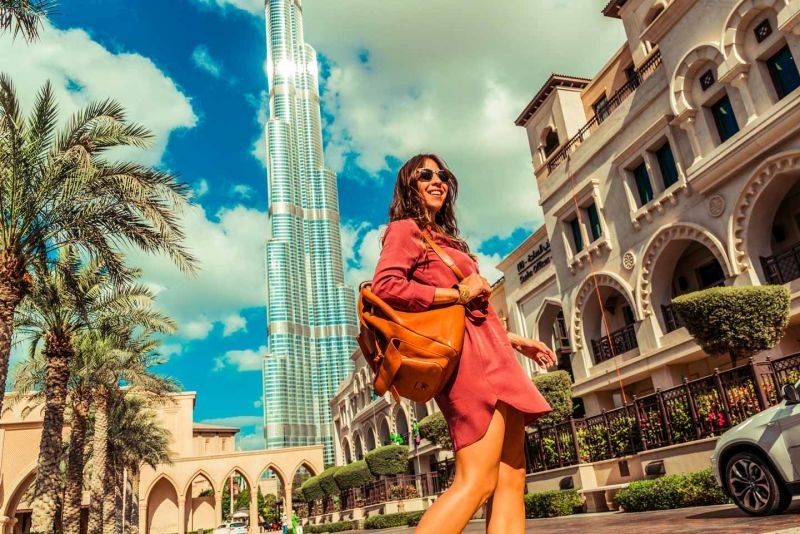 The Dubai Mall is the largest shopping center in the world. It contains more than 1,200 stores and food outlets.

The Burj Khalifa, opened in 2010, at 828 meters high is to date the tallest building in the world. Climbing it is a must in Dubai, as the views from above are incredible.

Its base is “Y” shaped and is inspired by the Hymenocallis flower, with six petals, very typical of the United Arab Emirates. Hence, the logo that symbolizes the tower is a flower-shaped silhouette, with the center colored in white, symbolizing the structure of the skyscraper.

To access it we have to do it from inside the shopping center, where the building’s reception is located. There we can collect our tickets or buy them.

I don’t like aquariums too much, but one of the world’s largest aquariums is also located inside the Dubai Mall.

In it we can find from fish-blanket to sharks, passing through many other species.

At 50 degrees outside, and yet inside the Dubai Mall we can find an Olympic size ice skating rink , with its stands and everything.

There are two things that really caught my attention on this skating rink:

The first is to be able to see how Arab women skate even wearing the abaya. And they don’t mess around with their legs and robe or anything.

The second is the plastic penguins that they have so that the children support themselves by skating and go safer. They are super funny.

Outside the Dubai Mall, between it and the Burj Khalifa there is a huge fountain. Which every evening makes a very light, music and water show. Cool.

Shops, restaurants and other things

An image is worth a thousand words so here are a few: all the well-known firms, from the most modest to the most expensive. And the same with restaurants, come together in the largest shopping center in Dubai.

Mall of the Emirates Shopping Center

This seemed to me the stateliest shopping center. Endless stairways, gentlemen cleaning the golden tiles on the floor, etc. But without a doubt what attracts the most attention. And what is worth a visit is for its unique ski slope.

Ski slope in a shopping mall in Dubai

As I said with the skating rink, but in an even more amazing way, with 50 degrees on the street they have a ski rink mounted inside the shopping center. With its cable car, you can take ski or snowboard lessons, slide down the steep slope sitting on a shovel, or play snowballing.

The price is high , I settled for looking through the glass, but one thing that surprised me is hearing that while it may seem that it is a “tourist” and that it is only there for the four travelers who want to try something different, the Most of the visitors to the ski slope are Emiratis or other inhabitants of the city, and it is very well thought-out for them, because unless they travel far enough they will never see snow, so it is a way of bringing something closer to them. Completely unknown. Very curious, the most curious thing I have seen in the shopping malls of Dubai.

This shopping center is divided into areas representing the different regions and countries that explorer Ibn Battuta visited.

It is very beautiful and different. It seems that you are on the street, because its walls and ceilings are painted with this intention. The stores look like houses and have banks, lampposts…

The Alhambra at Ibn Batutta Mall

There is representation of everything he saw, from the Alhambra in Granada to Egypt. The roof simulates a blue sky, so it practically seems like you’re walking through a city. The shops and bars look like buildings from any city, it is something very different without a doubt.

Ibn Batutta was an explorer, as mentioned, born in Tangier during the Merini dynasty and is a true icon in the Arab world in terms of travel and discovery. What better way to honor him in Dubai than with a shopping center hahaha.

Is it worth moving to Dubai?

We all have a cousin in Dubai, or a friend’s friend, or a friend’s cousin’s girlfriend. Some of them speak wonders of this very modern city that was born, like a mirage, in the middle of the desert. Others hate it. What is clear is that everyone comes there for the same reason: to make money.

In the group that emigrates to Dubai from Spain in search of their particular El Dorado, with the possibility of getting a good salary – unskilled or unskilled labor cannot access it.

Everything happened unexpectedly, Ana Hernandez, Mystic Blue tells us on YouTube. I was studying my last year of Fine Arts when I found out by chance that Emirates was coming to Granada looking for staff based in Dubai. I was 21 years old, I had never considered working as a cabin crew, and even less living there … but I loved traveling and several friends had suggested it to me, he recalls.

It appeared without hopes of being chosen. But ended up being it. I canceled my summer plans and, two days after graduation, I headed for Dubai, he explains to Traveler. He ended up staying a year there.

Carmen Lopez, who has just written the book Life after Dubai, spent seven more years, also working for Emirates. I had heard of the fabulous working conditions that companies in Dubai offered, so that people were willing to move there, he recalls. At that time, since there were no direct flights between the UAE and Spain and Dubai was not yet known. Or promoted as a tourist destination by tour operators, many people thought that, due to being in a Muslim country. It would not be a safe city to live, much less if you were a woman. 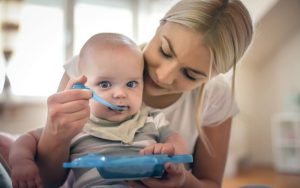 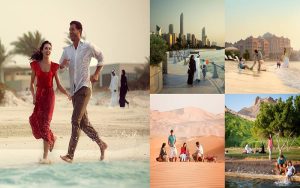 Buy clothes-With its thousand and one stores, New York is a fantastic destination to buy clothes. Surely you are already...

Eat cheap in New York. We keep talking about our trip to New York and today we have to talk...

There's a new outlet in New York, Empire Outlets, and that's great news! Until now, to buy clothes and accessories...

CHRISTMAS SHOPPING- As we know, Christmas is celebrated every December 25th, one of the most important festivities of Christianity. (more…)

The metropolis is often a place to shop, but with a little preparation it can become a cheap shopping for...

The rating includes the 100 most high-quality, in the opinion of market experts, trade and shopping and entertainment complexes. On...