Bulks Go > Business Ideas > What is a Breach of Contract? 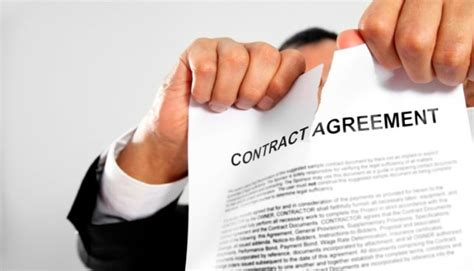 Contracts are important legal documents and the right one should be in place depending on the transaction. However, sometimes breaches happen, so what is a breach?

A breach occurs when one party in a contract (written or verbal) fails to uphold their duties as specified in the contract. It can also occur when work or a product is defective. Non-payment and non-payment within a specified time frame also counts as a breach. Failure to deliver goods and/or services and late delivery without a reasonable explanation also constitutes a breach of contract. 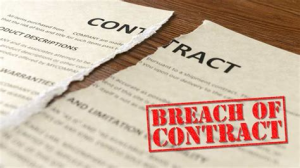 How can a breach be rectified?

Repudiation – If a breach has occurred, a contract can be nulled through a process of repudiation. Compensation could be claimed in the form of damages. For more information on a Constructive Dismissal Claim where a breach of contract has taken place, visit www.employmentlawfriend.co.uk/constructive-dismissal

Damages – These are awarded to help put the claimant back into the position they would have been in if the breach had never occurred.

Specific Performance – This is a less common way to rectify a breach of contract and it involves obtaining an order of the court to force the other party to uphold their contractual obligations. 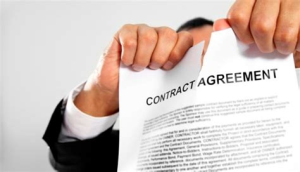 To prove a breach of contract, it must be established that a contract existed in the first place, that the other party did not uphold their side of the contract obligations and that damages or loss occurred as a result.