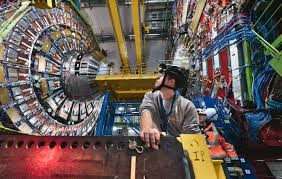 In 2008, one of science’s greatest feats was finally switched on – after years of planning, with the involvement of world renowned scientists from all across the globe, and a huge team of engineers using specialised equipment like nickel composites, it was finally time to launch the machine that the eyes of the world were watching out for.

Set in a 27km long tunnel, the large hadron collider certainly lives up to its name! Built to accelerate particles close to the speed of light, was created to answer some of the most important scientific questions that were not known – from finding the elusive ‘God Particle’ believed to be where everything that exists now originated from, to finding out more about dark matter, as well as other scientific conundrums like Super Symmetry and antimatter.

This labour of love first started its design in the early 1980s, so it took decades of skill, science and hard work to get it from the drawing board to reality. From 2008, when it was first switched on, it has proven itself to be an important way for scientists to get answers – then in 2012 the first discovery came of a higgs particle – otherwise known as the God Particle. 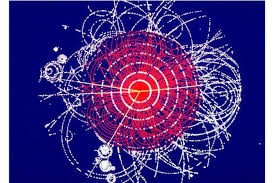 The following year, the Nobel prize was jointly awarded to Peter Higgs and Francois Englert for their work leading to this important discovery. Of course, there is much more work to be done to research this, but the Large Hadron Collider is taking us strides into the future as it offers a glimpse into the biggest question of all – how did we all get here.