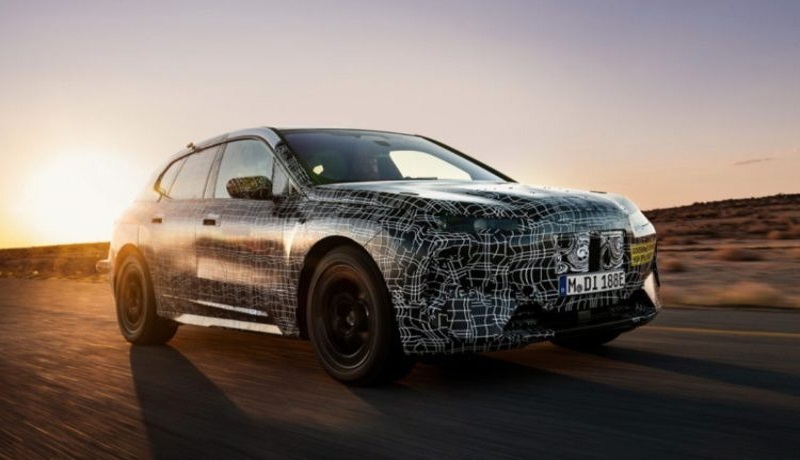 The BMW iNext had its world premiere in October 2018, at the Paris Motor Show. But what was still there in concept form should land in dealerships in 2021 in the form of BMW iX5.  After the arrival of the iX3  and the i4. But before it goes on sale, the iNext continues its journey of extreme tests, since, after going through the icy cold in the polar circle, it has just undergone extreme heat in the Kalahari desert in the south of Africa.

The place of production and the beginning of the commercialization of the BMW iNext have already been confirmed. It will be produced at the German Dingolfing plant from 2021. During the tests in the desert regions of South Africa. A crossover is hidden under the striking camouflage. Lower than an SUV and taller than a saloon. The BMW iNext sits on generous 24-inch wheels and its design is characterized by its high rear and stylish hood. The electrical charge socket is located on one side of the vehicle.

The double kidney front grill appears again as a differentiating element and on its back the logo and the diffuser light up in blue. According to the designers, this underlines the striking lines of the vehicle.

BMW INEXT: CHECK THE RESISTANCE OF YOUR HIGH VOLTAGE BATTERY 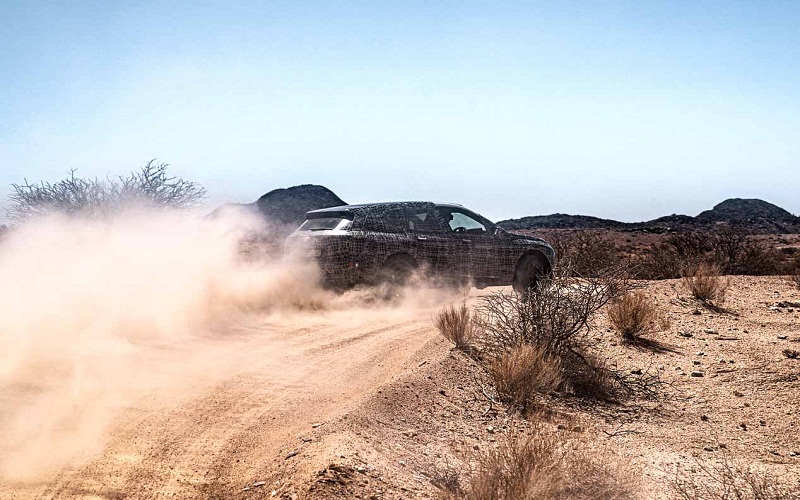 During the tough tests the SUV has undergone, engineers have focused on checking the resistance of the high-voltage battery. The electric motor and the electronics of the vehicle. Also in the air conditioning, which works by means of thermal pump technology. And in the interaction of electronic systems? According to BMW, the different road surfaces where the tests are carried out, both gravel. And polished ice, provide the ideal conditions to coordinate the driving dynamics systems. And the all-wheel drive of the new electric SUV.

In addition, the Kalahari desert has been the perfect setting to test the dust tightness of the fins, doors and bonnet of the new BMW SUV. During the driving tests over thousands of kilometers on unpaved roads.

BMW INEXT, AN SUV WITH UP TO 750 KM OF AUTONOMY

The basic model announces an electrical autonomy according to the 550 km mark, although a more powerful battery with up to 750 km is planned. The system performance will correspond to that of the current six and eight cylinder engines. The battery capacity is around 110 kWh. The iNext should reach 0-100 km / h in less than three seconds.

The automated driving, connectivity, electrification and mobile services are an essential part in the BMW iNEXT. If an area through which it circulates is operational or is suitable for autonomous driving, the “Ease” mode comes into play. That’s when the steering wheel moves away from the driver, the pedals disappear on the ground and the display areas in the vehicle change their content, what BMW calls “exploration” mode: information about the environment, music, movies, office supplies … The steering wheel used in the BMW iNext has a polygon-shaped design that will facilitate the reading of all the information projected in the instrument cluster, when changing from a highly automated to active driving.

Passengers on the iNext will not get bored either. BMW interior specialists have given the next iX5 a completely new interior. Particularly striking: there is no single button, there is no switch. Only the steering wheel, the two large screens on the dashboard, as well as the accelerator and the brake pedals. The rest is a mix of a boutique hotel and a modern office. A living space on wheels. In addition to the absence of animal materials, the designers’ main concern was to hide the technology in the vehicle as much as possible.

The BMW iNEXT appears again, during its tests in the South African desert

Still with camouflage on top, the BMW iNEXT was seen rolling through the sand of the South African desert of Kalahari. These would be part of the latest tests to get ready before its probable release in 2021.

Photos revealed on the internet showed the new BMW iNEXT demonstrating its capabilities, this time, against high temperatures, solar radiation and dust formations, native to the Kalahari desert in South Africa. The objectives included testing their motorization and interior materials.

The iNEXT had already been tested in the cold, where the analysis focused on seeing the reactions of the energy storage system and other systems such as heating and air conditioning, under freezing temperatures.

The applied tests have helped BMW to verify the optimal operation of the intelligent all-wheel drive system incorporated in this SUV, and specifically developed to run on electric power. The DSC (Dynamic Stability Control) system, steering and brakes are also evaluated. 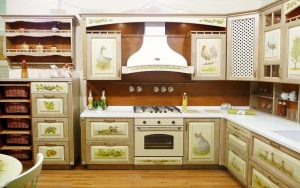 Previous post BEAUTIFUL DESIGN KITCHEN IN THE HOUSE. KITCHEN IN A PRIVATE HOUSE 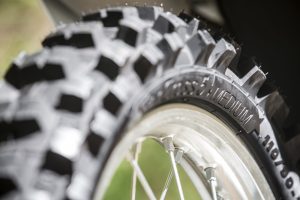 If you have decided that you need to relax after Christmas and get away from it all, including civilisation, then...

Around Dubai-Hearing the name of Dubai always generates in us the idea and the intention of being able to travel...

Famous trains-Traveling in them is much more than traveling. It is part of something historical. For the route he does,...

Types of sports- Sports are understood as various games and physical. And mental activities that are regulated and structured, activities...

Disadvantages of traveling-After traveling two continents without more companion than my backpack I have learned that traveling has only many...

Movie places-We are going to make a film trip to places that move between reality and fantasy. Places that in...